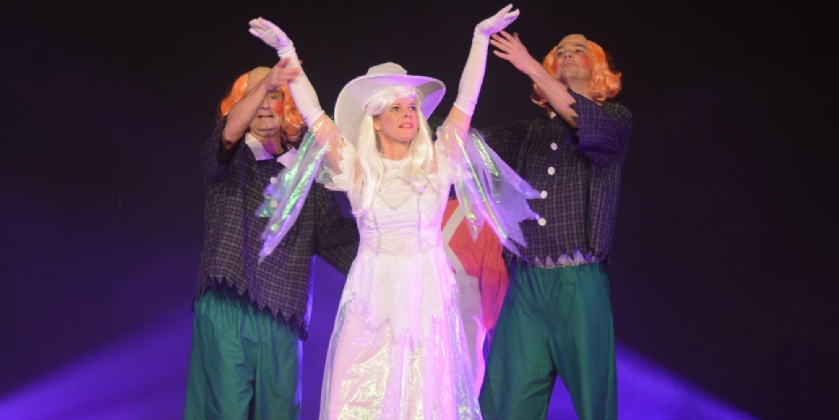 I have to be honest - after all the rain we experienced in the weeks prior to the break up for the Christmas holidays, I have been so grateful for the few days of sunshine we have had over Christmas and New Year. Certainly here in the south, Christmas day itself was glorious, with beautiful blue skies and bright sunshine, bringing us some much-needed respite from the rain and heavy grey days.

Although Christmas can be a very stressful time for all families, I really do trust that rest and quality family time was had somewhere during the break. I also sincerely hope that our students indulged in some of our resilience strategy of, walking, talking, sleeping and eating; so they are ready to face the rigours of the new year and academic term.

I know by the time I had finished the fourth pantomime show on the last day of term, I was completely ready for a break. The three weeks of December that we had in College, were full on; exciting but exhausting. I am sure many of the students felt the same way I did!

For Year 11, December was a critical time of taking on the feedback from the mock exams in the core subjects. I talked about the importance of this in my November Blog and how the value of the exams can be really seen through the depth of feedback given by teachers. This feedback should really help fill the knowledge and skills gaps that have been highlighted through the testing process, so long as the students act on it and follow the advice given. As we approached the Christmas break, I was very explicit to teachers that some of the Year 11’s needed a complete rest, as they had worked so hard during the Autumn term and especially in preparation for the mock exams. Others, however, who have taken a more laid back approach to GCSE preparation, needed to be set specific tasks to catch up on some of the knowledge and skills they should have acquired thus far. I am sincerely hoping that they have taken advantage of some of the spare time over Christmas to do just this.

For the rest of the College, we were immersed in the Winter Show in the first week of December. As always, this show is an opportunity for students to have a taste of performing in front of family and friends. It is a wonderful way to see early talent and the blossoming of confidence as many students achieve something they might previously have not thought possible. I particularly enjoyed the drama excerpt this year where some excellent character and acting skills were displayed and some students showed a confidence in performance that I have not previously seen in them. I also thoroughly enjoyed the choir and believe that the potential of this group is growing year on year. 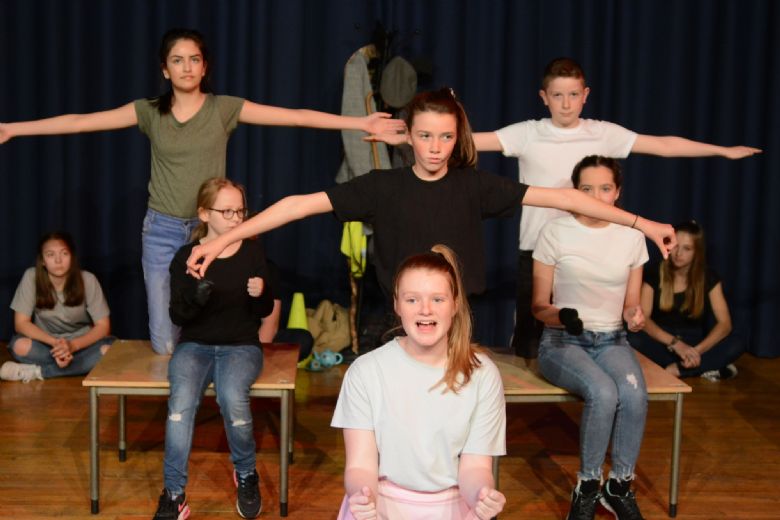 In the second week of December, we had a very successful parents' evening. Despite the foulness of the weather, we had a full turnout of 230 sets of parents. Having listened to feedback from parents last year and the year before, we made this parents evening for Year 8-11 only and split the evening, so the second half was for Year 10 and 11 only. This I believe, enabled many parents in Year 10 and 11 to receive key feedback about their child’s progression towards the summer GCSE exams, which is critical at this point. The future parents evenings in the spring and summer terms will be open to all year groups but will have specific slots of time allocated to certain year groups, to ensure that all parents across the College have easier access to appointments.

On the Friday of this week, we ran our STEM deep learning day for Year 8. This focussed on the ‘next generation’  (the Year 8 students) thinking through the solutions to an impending water shortage in Portsmouth. The day was extremely well planned by Mr Morgan and TRANT Engineering were very supportive, through the engineers who worked with the groups on the day and the access they gave to some of our students at the Farlington waterworks site.

The students took each task very seriously and as I went around the groups during the afternoon, I was very pleased with the application and independent work that I saw going on. 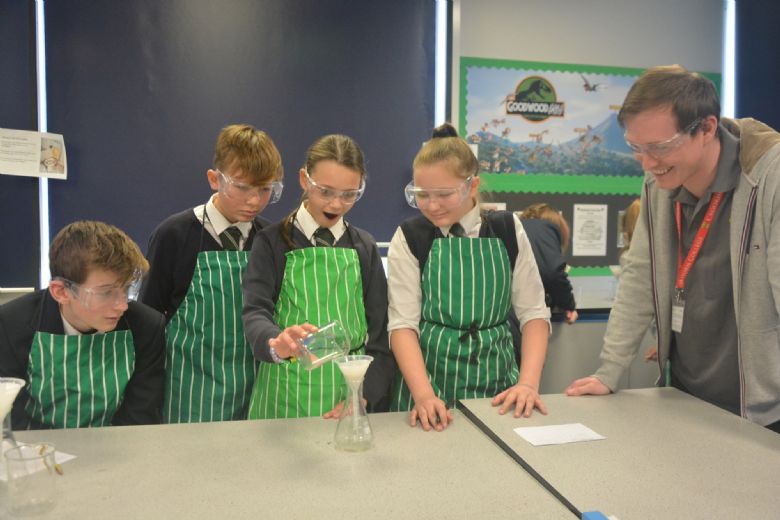 Many of the teachers involved also felt that the demonstration of cross-curricular skills in Maths and Science particularly, was very impressive. This can be seen as a clear testament to the planning work that teachers now do to ensure that the subject curriculums are building skills in a logical fashion and linking learning to a broader context outside of just the subject and the classroom.  With the consequences of climate change being all too horrifically apparent over the last two weeks as bush fires have blazed through Australia and record rainfall and floods have swept through Indonesia, it is imperative and important that our students; our ‘next generation’, are thinking about how to apply their learning to real-world problems in the hope of finding sustainable solutions.

This year the winning House for the STEM day was Romsey and individual student’s trophies for excellence displayed within each discipline went to:

In the last week of term we had an incredibly busy Wednesday, in fact looking back, I am not sure how we did it, but we did! There was a Year 8 trip to the Imperial War Museum focussing on World War 1 exhibits; a sell-out Christmas lunch (I believe the largest in terms of numbers, ever served at the College) and The Christmas Science lecture, with a matinee performance in the afternoon for the primary schools in addition to an evening performance. Again, as with the TRANT STEM day, the Christmas Science lecture was a brilliant example of how the learning in the classroom can be applied to a real-life situation; in this case, a CSI murder investigation. As I was one of the suspects, and indeed most of the evidence did seem to incriminate me during the course of the lecture, I was mightily relieved by the end of the evening to be exonerated of the crime! 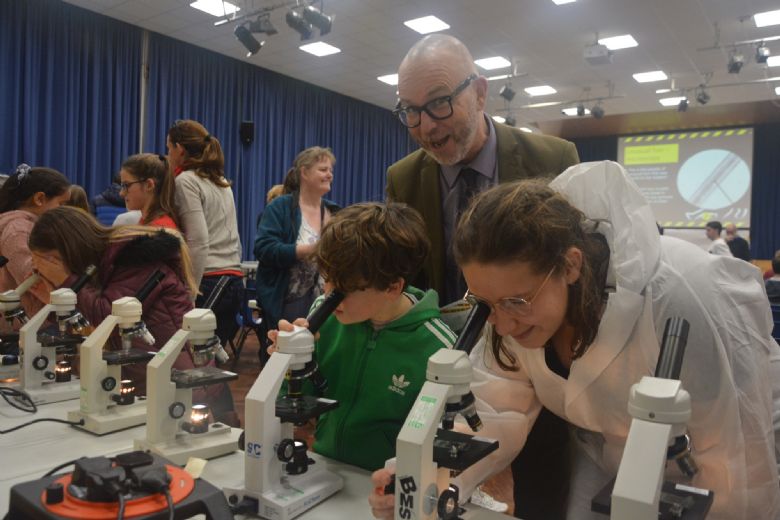 Of course, we then finished off the term with the staff Christmas panto which this year saw Dorothy and Toto navigating their way through the land of Oz. This included the usual assortment of characters (including, in the Crookhorn case, a lost Oompa Loompa as well as two oversized Munchkins) via rhyming couplets brilliantly composed by Miss Overton and Mrs McCaw. Judging by the reaction of each audience (except the Year 7’s who are always slightly confused by the whole concept of panto and possibly find it more traumatic than hilarious), the performances were a fitting end to a great term. 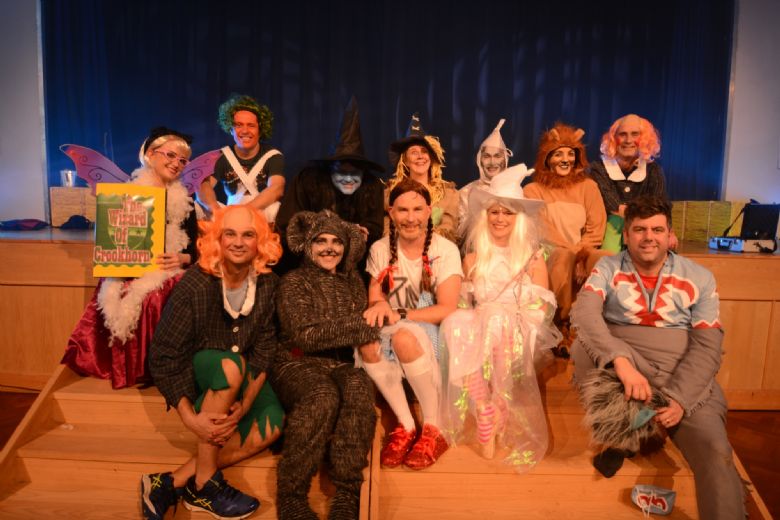