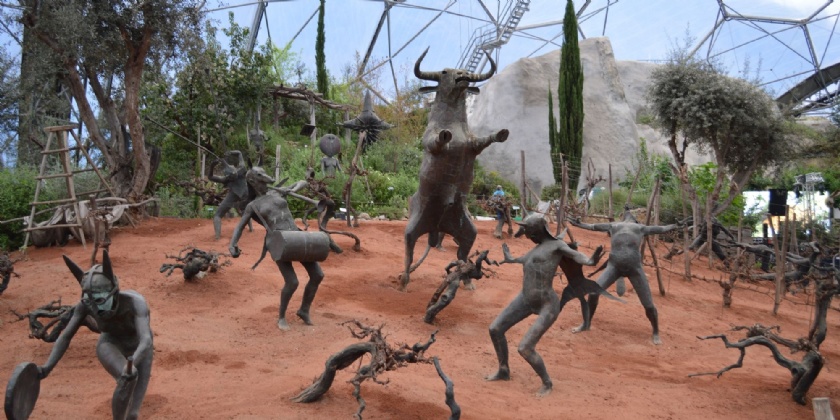 February- a short but tempestuous month. Britain has been lashed by no less than three massive storms; Ciara, Dennis and Jorge making it the wettest February on record and leaving significant parts of the country ravaged by floods. Simultaneously, the world has been spun into the possible reality of a pandemic, and the vast implications of this on a health and economic basis.

Never has it been more pertinent for the next generation to be sitting up and taking notice and thinking about the future of this world, our world, their world.

As a leader in education, it is vital for me to reflect at times like this as to whether we are doing enough to prepare the next generation for their responsibility. Three things have taken place in this short month that make me feel that we are on the right tracks.

Firstly, the whole of Year 10 went out and completed work experience for two whole weeks. Last year in my February blog, I explained why I feel so passionately about work experience when the national mood is veering towards keeping students in schools and focussing on curriculum academic study instead. Work experience to me is a vital part of the curriculum, and I have said many times that one of my ambitions within education is to help each student find an area where they can and have experienced success. On a daily basis, we aim to do this, through the breadth and quality of our curriculum, but we also seek to achieve this through our extra curriculum- through opportunities such as work experience. It was rewarding, to say the least, to hear some of the tales of success that came back about the students during the two weeks.

All 177 students in the year group completed two weeks of experience, which in itself speaks of individual determination and perseverance. There were quite a few before the start who were adamant that they were not doing the two weeks and I am sure that this was born out of the fact that this experience would put those students right outside of their comfort zone. With all the right facilitation though by the excellent team of Beverley Brown, Clare Wilson and parents, these students went out and did the two weeks and this is a success.

To date, out of the two weeks, I know of 7 students who have been asked to apply for apprenticeships at the companies where they went; 4 have secured Saturday jobs and 3 have been invited back to extend their work experience further.

Most importantly though, the employers were overwhelmingly impressed with the way the majority of students applied themselves to the task set and were happy to work independently. This is significant and shows a growth in confidence of our students. A few special mentions from employers that I am particularly proud of are:

In the assembly that Mr Collins and I delivered to Year 10 this week, we focussed on how each part of OPEN MIND can be evidenced through what was achieved on work experience, in particular the qualities of determination and perseverance.  Giving this ‘next generation’ a sample of the working world is a rich and much-needed experience indeed.

Secondly, the geography department ran a trip for the first time to the Eden Project down in Cornwall. Now, this department is rather passionate about the climate and how we should be managing climate change and so there I was more than happy to support an overnight visit to such an important location.

In total 25 students from Years 9 and 10 went with the purpose of exploring the biomes at the project and to have some focussed teaching on climate change through a specialist delivered session. It would be fair to say that expectations were surpassed from the outset. The stay in the ecologically and environmentally sustainable youth hostel at the top of the old china clay quarry, travelling by land train and eating locally sourced and home-cooked food was an eye-opening brilliant start.

At the biomes, the students explored how the Eden project aims to connect people with each other and the living world around them. Through the climate change workshop, they went on to learn that actions to mitigate change can vary from the simple and cheap to the ridiculous and expensive depending on whether you are a learner, a doer, a shopper or a shouter! Students then had the opportunity to explore the biomes as part of the lesson. The aim was to independently gather information on actions that are being taken and that can be simply replicated outside the Project, as well as to look at the adaptations of the plants to tropical biomes. A photograph competition is underway between the students to provide examples of plant adaptations and send them to Mr Smith via its learning. I will be very interested to see the results. 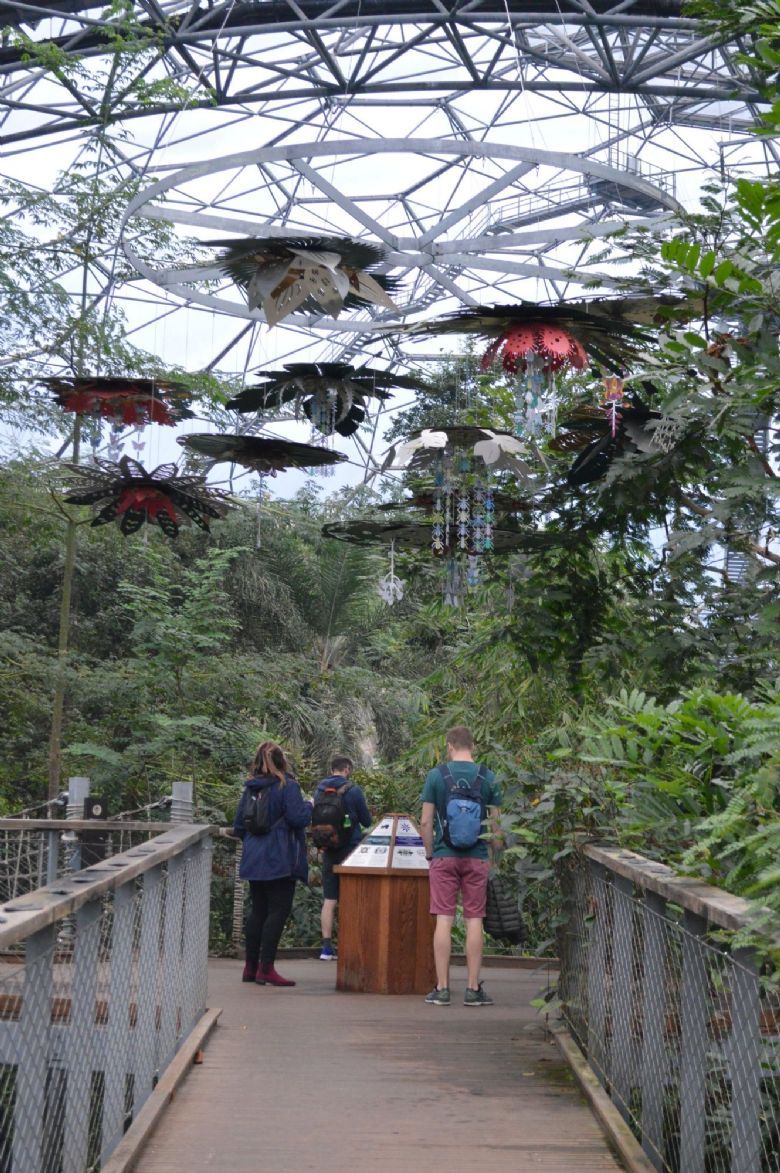 The impact of the visit has been to bring the geography and biology of the living world, and the reality of climate change, to life. The opportunity for the students to see the plants in the incredible biomes complex and to challenge their thinking in their roles in sustainability and climate change has been an excellent one and my thanks to the geography team for organising it. I am sure this will become a regular feature on our trip calendar!

Finally, four of our Year 9 Early Entry history students were privileged to go on a visit to the battlefields of France and Belgium to gain a better understanding of the reasoning behind, and the consequences of, trench warfare.  The students have studied World War 1 as part of their KS3 Curriculum and so there was a foundation of knowledge in relation to trench warfare, but the trip aimed to build upon this.  Every day there was a key learning objective with questions such as: Was the Battle of the Somme in 1916 really a disaster for the British Army?

It also included very special moments like the Ypres (Menin Gate) Memorial, which bears the names of more than 54,000 soldiers who died in Belgium and have no known graves. For the last 86 years, soldiers, families and visitors have gathered here to pay their respects by laying poppy wreaths on the steps of the monument. Accompanying the service every night is a member of the Last Post Association who plays ‘The Last Post’ on bugle.  This service of respect and remembrance is performed every evening at 8pm and it will continue to be performed until they have honoured all the servicemen and women who fell during the First World War. Our students were lucky to witness this historic event, which was being performed for the 31,677th time since it started.

How does a history trip relate to the next generation though? Well, when I chose to become a history teacher I was motivated and inspired by the quote:

'Those who cannot remember the past are condemned to repeat it. '(George Santayana-1905).

I knew then that I was going to be teaching the most important subject in the curriculum!

As a result of going on the trip, our students have had the chance to intellectually engage with the concepts of warfare and the strategic and political thinking behind it. With this knowledge, there are 4 more people in the world now who are likely to find other solutions to conflict that work more effectively for the interests of the planet as a whole.

For a wet blustery month of February, Crookhorn might not be poised to change the whole world yet, but I reckon we have been doing our part in preparing a future generation that probably will!