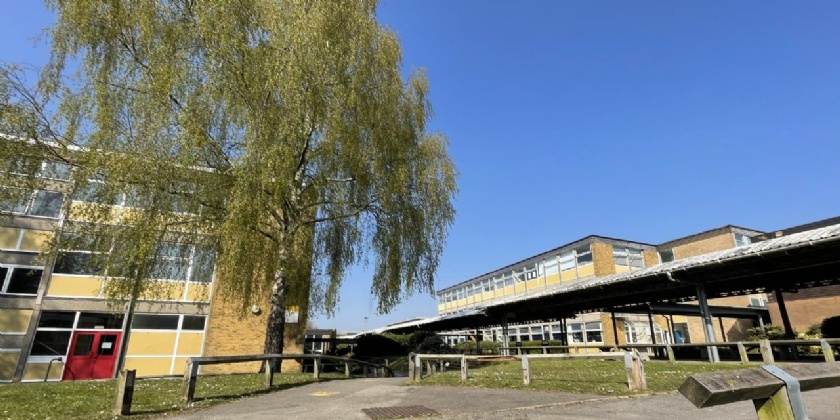 March saw the reopening of schools and Colleges following lockdown 3.0. It also saw the grim anniversary of what has been the most difficult year. What struck me most when I reflected on this time last year, was the naivety I had about what was going on and how the next few months would pan out. I feel foolish, now, knowing what we do now. But that is the danger of hindsight. It is easy to look back and ridicule the way we perceived things to be. It’s harder to look back and think, without cynicism, how much we have achieved, how our resilience has grown, how our outlook on the world may have altered, and not necessarily for the worse. I believe that learning has not been lost. I believe that the pandemic has made learners of us all. Convention may have been lost, but is that such a bad thing? 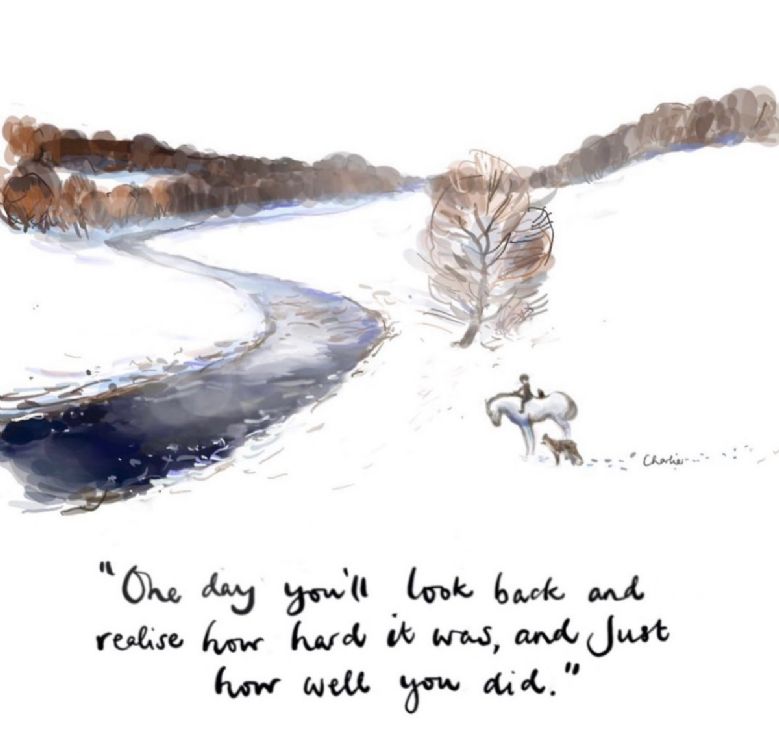 I do think we have achieved a new set of truths over the last year within education and I believe these to be:

It’s upon these two new truths that we are planning our new convention within education, which is to ‘blend’ classroom learning with independent self-study. So much has been achieved by so many students with regards to learning online, that the aim is to now mix this with the magic of the classroom. Nothing will be ‘lost’ then. Instead, great strides will have been made with regards to the very definition of learning and the expectations of what this looks like for all generations of learners - and I include myself in this. If over the coming months and years we can see a gradual return to a social normality, then the benefits that have been gained elsewhere such as in education will stand out in sharp relief as our misery at isolation slowly ebbs away.

March also saw our National Careers week and as part of this Clare Mack and Beverley Brown reached out to former students to share their experiences since leaving the College. We have had a fantastic response and it has been totally amazing to find out what so many of our students have done since their GCSEs. For many of us as teachers and support staff, we only find the true fulfilment in our job when we come to realise what the ‘next generation’ has gone on to achieve from the foundations laid in their primary and secondary education. Looking at our current gallery Crookhorn has provided over the last 10 years: teachers, solicitors, building surveyors, orchestra conductors, performers, civil servants, nurses, theatre directors, doctors, engineers, and armed forces personnel to name just some of the varied career achievements. What a fabulous range and what a contribution to society today. When I speak to the new Year 7’s in September and I talk to them about their role in the ‘next generation’, all these former students will be used as examples of the paths they can choose to tread if they follow the principles of the Cornerstones!

This alone has made March 2021 a stand-out month for me. Well, this… and the entries that we submitted to the philosophy competition as part of the Religious Studies department’s enrichment programme. 4 students from Year 7-10 (Orianna. S, Alisha. E, Skye. D and Heidi. G) have all submitted brilliant pieces of work, which, if selected as part of the top ten essays nationally, will be judged by Dr Stephen Law of The Royal Philosophy Institute.

The essays discussed the problems of evil and suffering; what would happen if God was confirmed to exist as well as the role of religion in society. I was blown away by the quality of writing and I want to share one example with you which is Orianna’s from Year 7. With talent like this, I am looking forward to having a Nobel Prize winner on our Alumni list in the future!!

There are many different ways to describe or depict God, but perhaps the most famous is the ‘omnipotent God of Classical theism’, or the Abrahamic religions. I will be discussing these views. Christians believe God is made of the Trinity: the Father, the Son Jesus Christ and the Holy Spirit. Whereas Muslims (the followers of Islam) follow Allah; he was referred to with 99 different names in the Qur’an, which is Islam’s religious text, much like the Bible is Christianity’s. Nevertheless, both religions agree that they believe in the same god, though their descriptions and understandings vary. Thus, this proves that, although there is serious doubt amongst some that a God does exist, Abrahamic religions agree with one another that their beliefs are in common. Because of this, there is more certainty between communities that a God does indeed exist.

If He only exists in our head, then many beliefs on God would crumble – since the Abrahamic God known to be is omnipotent (all-powerful), then He must exist outside our minds, or else there would be something more powerful and better in reality. This follows the Ontological argument, which debates that, if God does not exist in real life, then He could not be the greatest being, since there would be a greater God who exists in real life. If that is slightly confusing, instead imagine it as the greatest bar of chocolate you can think of, however, it only exists in your mind. If this truly was the greatest chocolate bar in the world, then surely it must exist in reality in order for you to be able to eat it as well. If not, then there would be another bar, with just as much greatness, that you can eat, thus making it the greatest bar of chocolate. But this argument is quite weak, for it could be used to prove the existence of almost anything we can think of: I will now go on to discuss a more dependable theory.

Another theory many have backed is the teleological argument (or the design argument). It focuses on the point that a being capable of intelligent thought must have played a part in the creation of our Universe, otherwise, the human body wouldn’t be so intricate and complicated as it is, nor would our Solar System be as precise, or our Earth able to support us so well. It also claims that everything has a purpose, from our planet supporting us to our lives reaching some form of a goal. All supposed unintelligent life (like a flower) still manages to follow the laws of nature; for example, if given water and sunlight, a flower will grow upwards. For it to do so, it must be guided by an intelligent lifeform, which many claim to be God.

There is the question of if we really need God, since some religions can exist without a ‘God’ - Buddhism follows the path to Enlightenment, which was made by Siddhartha Gautama, or the Buddha. In the foundational Buddhist Scriptures (Pali Canon), Gautama Buddha claims to be an ordinary man, who has understood the true meaning of nature, ego, consciousness, and reality. Buddhism isn’t a religion believing in a creator God, nor does it take any of its systems from any divine authority. Instead, they focus on becoming enlightened, and learning from the teachings of Gautama Buddha, showing they don’t need a God.

There is no scientific evidence God exists, so we cannot certainly confirm the being is indeed real. However, we have no evidence to say He doesn’t either. Nevertheless, we have several pieces of evidence to prove God is not the creator of the Universe, so therefore He can’t be the God many religions visualise him as. Such evidence is the Big Bang, which in turn gives us numerous facts, like Redshifts, Blueshifts and Cosmic microwave background radiation (CMBR). Redshifts prove that all matter must have been originally close enough to collide. Edwin Hubble used a technique to measure the distances between objects, such as planets and stars. He used a spectroscopic red-shift data in order to figure out all objects are moving away from the Earth; the further away they are from us, the faster they move. This supports the Big Bang Theory since it gives evidence to prove that everything must be moving away from a central location from where the Bang took place.

In conclusion, many religions (Abrahamic etc.) believe God created our world, however, there is a lot of evidence from science to suggest otherwise, and some denominations of Christianity do agree with this fact. In Psalm 19:1, it says, “The heavens are declaring the glory of God, and their expanse is declaring the work of His hands”. Scientists also agree that our universe has a complex design and that there must be something ‘outside our universe’ that had some kind of influence in it, whether it be some form of God, or simply fate. The creation of our planet could not have happened in 6 days, like the Bible says – in Hinduism, it takes 1 day for Brahma, which could be measured as 4,320,000,000 years. This could mean that 6 days for the God of Christianity is actually a lot longer, but it was written in God’s perspective.

I believe God does exist, but as a Supreme Being watching over us, protecting us, instead of in a form that other religions have chosen to believe in. A ‘God’ must be protecting us, or we as humans can’t have just happened to, against all odds, survive and thrive on our planet. After all, aside from Earth, all planets that have been discovered have no evidence at all of other life-forms, and certainly none as advanced as ours. Yet, Mars could be in a much earlier stage of development, and God is simply waiting for the right time. Regardless, the ‘True God’ would correspond to the information we have gathered so far about creation and life.