Well November is done and we are already into December with Christmas hurtling towards us, well me anyway, at a frightening speed, with all that that entails. I don’t think I am ready for it just yet; and certainly not for the rigours of the College panto, which always sees the end of the Autumn term off.

At the start of this month, there were two events, that I believe really show the progress the College is making. The first event was the Hobbies and Interests Day for the Year 8s. I had become increasingly concerned that this event failed to celebrate the diversity of interests of our students outside of school. However, this year, with all the preparation work that Mr Lemon and Mrs Ainslie put in, it proved to be a fabulous event. The students had all worked hard to present their hobbies and overall there was a tremendous demonstration of participation, commitment and pride from all of them.  My congratulations to Petworth on their overall win- with Skye D taking the trophy for her selfless commitment to supporting the Rowans Hospice and helping to fundraise and redesign some of their facilities. The winner of Goodwood house was Esther W-A for her involvement in the Girls Brigade; in Romsey it was Heidi G for extraordinary commitment and talent on the stage as an all-around performer and in Arundel house it was Ella S for frankly amazing cookery skills producing an incredible Rugby Cake, which happens to be her other passion; playing on the Havant girls rugby team with Mae P. And yes, Jake B, took great delight in getting me to sit on his motorbike to the hilarity of everyone else. 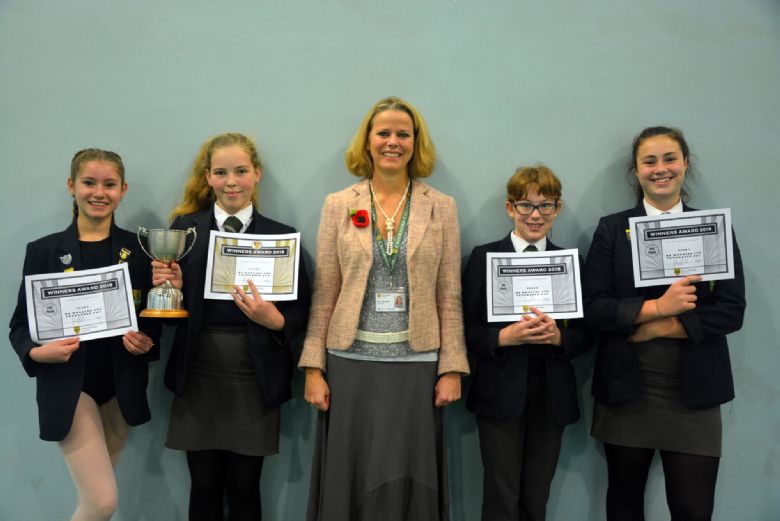 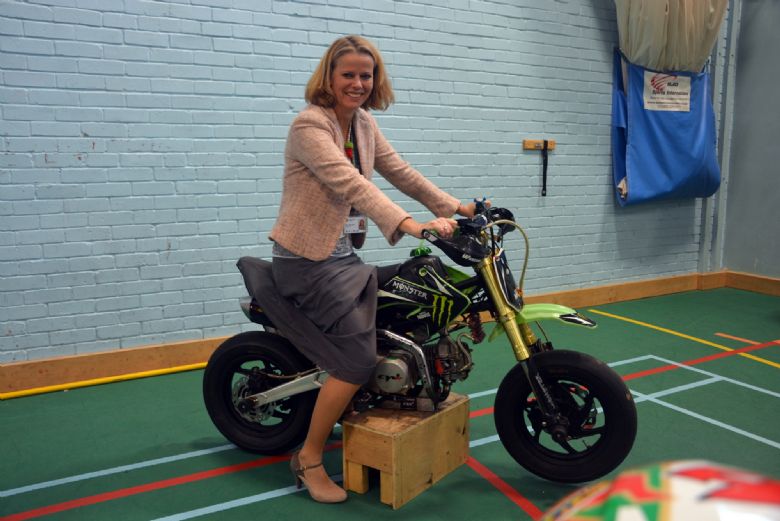 The second event was the visit to the College by 12 aspiring head teachers from schools all over Hampshire who were asked to do a walkaround of lessons for an hour, going into as many classrooms as they could, so they could feedback to me about the teaching and learning ethos. I was really pleased with the feedback we got which ranged from the quality of the learning environments to the quality of feedback in exercise books that demonstrates the progress being made; to the level of independent work being done by students. They also were impressed by the way the students were talking about their learning and what it means. One of the students said they were very happy at the College because of the progress they were making in English, Maths and Science. Year 7s were keen to talk and explain all about OPEN MIND (reference the September blog) as their way of explaining learning at Crookhorn; and the importance of making mistakes. The House system also came in for high praise. We normally have good feedback on this aspect of the College, so it was great to hear it, but it was also great to see the shift to the learning this time as well.

Now, one of our extra-curricular clubs has literally exploded with activity in November. Politics Club has seen a flurry of different activities organised by Mrs Masson, starting with our very first Politics week in the middle of the month. This involved two labour councillors coming in to talk to the students about what the Labour Party stands for generally and the role of local government. They spoke for half an hour then fielded questions from 15 of our students for a further half hour. The councillors described our students as terrific and intelligent which is great feedback. 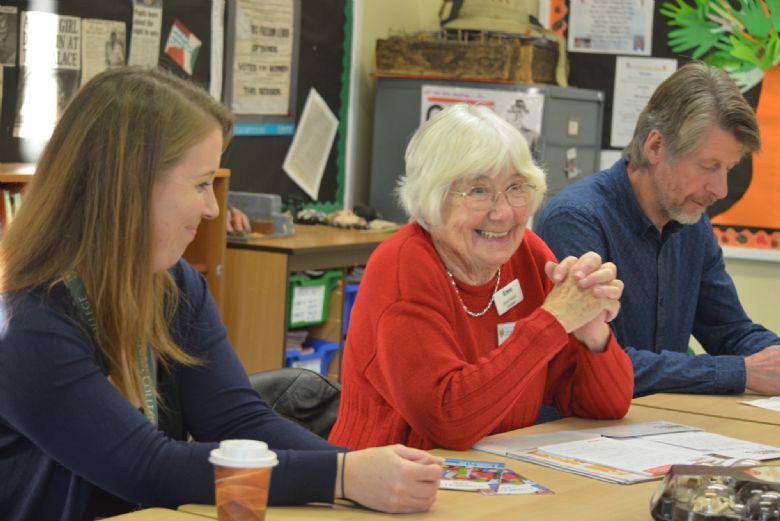 We also had Paul Gray from the Liberal Democrats come in later in the week and again he was impressed by the range of questions on housing, education and the environment among other topics that our students raised. Finally, the week was finished off with a toughest of the tough politics quiz and Jake B from Goodwood 2 won 2 trays of doughnuts for his tutor group on as a reward for his political knowledge! Anastasia Lonergan the Member for Youth Parliament for Havant Fareham and Gosport came to join in with the quiz and chatted to some of our year 11s in an attempt to convince them to stand for her role in the January Elections. I now have two Year 11’s who are putting themselves forward for nomination- which is absolutely brilliant.

At the end of November, 13 students from Years 7 to 9 and all members of the Politics Club went to London on the train to visit the UK Supreme court and sit in the Justice's chair. This was followed by a walking tour of Parliament Square and then by a tour and educational workshop at the Houses of Parliament. The trip was a wonderful experience for these students and they all contributed fantastically to discussions and had some really interesting points to make. From my point of view, I think it is great that our extracurricular activities are now becoming so eclectic and diverse and have such different levels of challenge about them.

Science Club also continues to go from strength to strength, with exploding eggs and the dissection of frogs being just two of the highlights from this month. The Science team are now busily preparing for the Science Christmas show, that this year promises to boggle the mind rather than explode our eardrums!

In English, as our Year 10s continue to grapple with the complexities of Shakespeare for their Literature exam, Miss Coates and Mrs Barrick, took a group to Havant South Downs College (HSDC) to watch a live performance of Romeo and Juliet to help build the students’ knowledge of the text but also to deepen their understanding of the nature of the relationship between the characters. The trip was a great success and the students loved watching the play come to life followed by the language analysis seminar that was given by an A Level lecturer in the afternoon. The trip also provided the opportunity to make good links between the lecturers at HSDC and the English teachers at Crookhorn, with some good resources being shared from the RSC that can now be accessed via ‘its learning’, to provide some real in-depth further reading around the play and the playwright.

In the vein of stretch and challenge, a group of Year 9 girls went with Miss Nicklin to Southampton University on Thursday of last week, to indulge in a whole day of technology and engineering. The students were exposed to some very cutting-edge technology which really showed them the scope and scale of STEM today, which is a far cry from the traditional perception of engineering and technology related subjects. One of the students commented: “I really enjoyed seeing different things; it was really eye opening. The trip to the University taught me a lot about future life and gave me a real idea about what I am interested in” (Thalia M)

Finally, we finished the month off with a very successful PTA quiz night, with Mr O Sullivan putting in a second extraordinary stint as quiz master and Julie our chef creating a lovely dinner that was enjoyed by all, halfway through. The Star Wars question which I knew was coming and was looking forward to all night I have to say left me truly stumped, but here it is, if you wish to pit your wits against the legendary knowledge of the greatest Star Wars fan in Crookhorn (possibly Hampshire, maybe the South of England, less likely the whole of England):

What film did George Lucas direct before the Star Wars films that is then referenced in every Star Wars film subsequently?  (Answer at end of blog!)

Overall the PTA raised £250 which is stunning, and all this is reinvested back into the College for resources and equipment. The recent beneficiaries of the PTA fundraising have been technology with a new iPad for catering, to enable a dynamic link between practical work and evaluation on ‘its learning’, the Duke of Edinburgh scheme so they can purchase new tents, Hi-Viz jackets and gas stoves which will help the students and staff greatly on their trips out. Money has also been donated for the Year 11 Yearbook, which will make it more affordable for our students, so they can all purchase a memento from their time at Crookhorn College.

I will finish by recognising that November has been a month touched by extreme sadness for the Crookhorn College community as I announce the passing of Felecia Miceli-Hyde last week following a brief but very intense illness. Felecia joined us on the 18th April 2016 as an LSA and rapidly made a huge impression on our students and staff with her fun, caring and outgoing personality.  The deep passion and commitment she developed for the students of Crookhorn really shone through and her ability to reach children who were in an emotionally challenging place was quite exceptional. 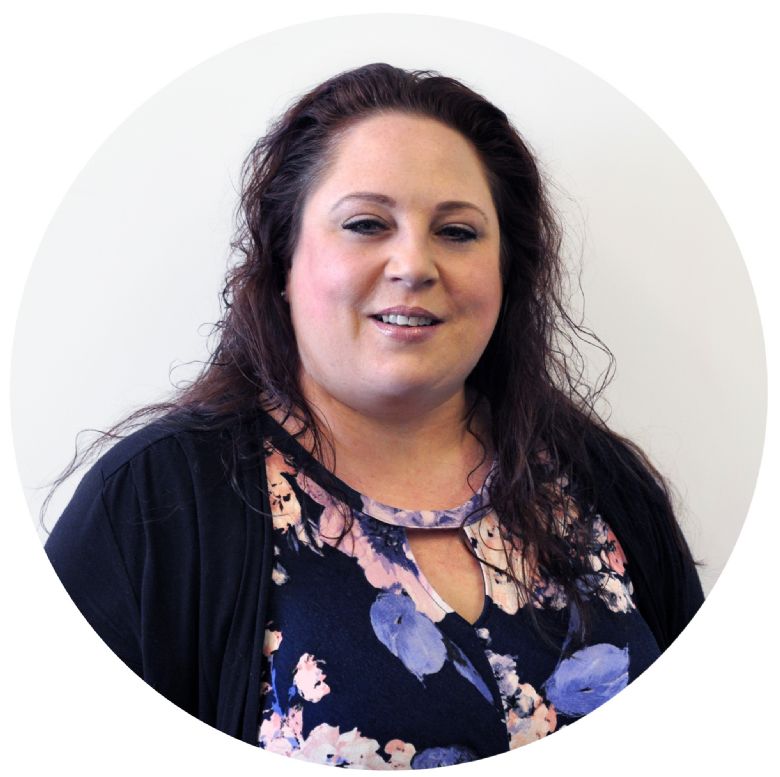 She started her new role in the College working one to one with children who needed extra support with their emotions and confidence in September this year, and the relationships she built within a very short space of time was very special indeed. Felecia’s work did not stop with what she achieved at the College. She played a really important role in the community, volunteering with Y services in the evenings and working to keep children who are out and about, safe and engaged in fun activities. Her big dream was to get a local youth centre set up where students could go after school for support and to socialise in safety.  A bid is now being put in by the charity with the real hope that this dream can be realised and what a legacy that will be.

What is beyond all doubt is that Felecia will be missed beyond measure by the many students and staff whose lives she touched and, in many cases, changed with her care, compassion and kindness.

Felecia- we miss you and our thoughts and prayers are with your family at this most difficult time.