Reflecting on December and our focus as a College, one thing comes to mind straight away and that is how we have managed the feedback from the mock exams for Year 11 and Year 10 for the early entry subjects. James Collins in his Teaching and Learning Blog to the teaching staff at the beginning of December wrote that: “Many of our students are about to receive their mock results. For some, this will be a time for them to feel relieved that their efforts so far have paid off. For others, they won’t be happy with their result. Ultimately, the result itself doesn’t really matter. It’s how the students respond to their result that counts.” This philosophy of how we respond to feedback on performance is absolutely key to us at Crookhorn, not only for those imminently facing exams but for all students and staff alike. Learning happens most effectively when we reflect on where we went wrong and then work on improving that area. If we fail to take the feedback positively and see the result just as a failure, then progress will never be made.

James Collins and I did an assembly to the Year 11’s on this theme immediately after the mocks and then to the whole College just before Christmas, where we revisited the key principles of OPEN MIND; the attributes of the Crookhorn learner. Making mistakes and learning from them is a key to progress and we really wanted the Year 11’s to view the November mocks as a positive learning experience where the feedback will provide rich opportunities for improvement going forward, rather than just a negative experience with the feeling that success can not be achieved. To this end teachers were urged to be very detailed and specific in their feedback and to also focus the students on clear targets going forward, that will structure their route to success. This fitted in very well with SPR day, where all students in the College had the opportunity to have a 1 to 1 with their tutor or mentor to help plan their learning targets going forward, based on feedback in the exercise books of key subjects identified from the last report as needing specific focus. 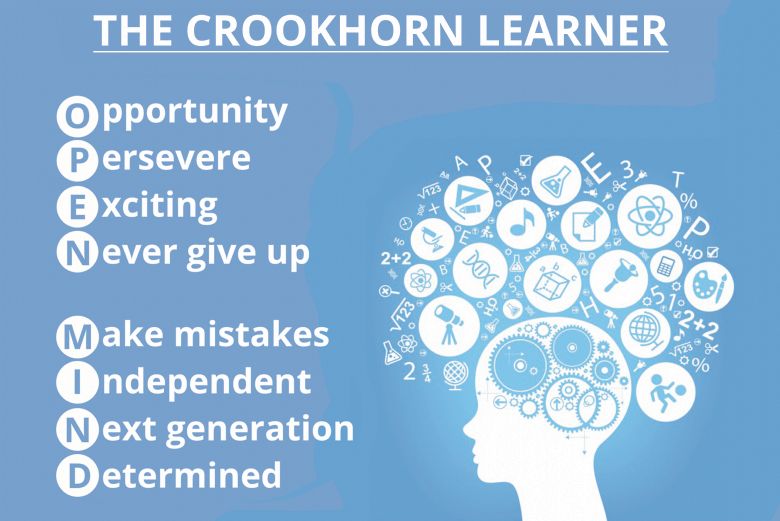 The students who take on board the need to work on some of this feedback independently in their own time are the students ultimately, who will be most successful in achieving their targets or goals. Again, as a staff, we are working much harder on being explicit about what work we want the students to focus on outside of the classroom. It is so important that we enable the students to be able to access the learning independently, so they can stretch themselves as far as they can, without wasting valuable time wondering whereabouts to start. Now I know that not all students are in favour of working outside of the classroom, I have one son in particular who has very strong views on this. The reality is though, in the world we live in today, it is essential for children to learn that study is something they do for themselves; not something that is done to them. When this is really understood, the resentment and lack of willingness for independent learning tend to fall away, and the self-motivation increases, as they see that they will be the beneficiaries of the effort put in. Might seem obvious to adults, but the teenage brain works in a very different way and increasingly, thanks to technology, with a desire for instant gratification, which does indeed make this quest even harder!

To help parents in this process we are now finally in the position where we are launching the parent portal for ‘its learning’. This is happening with a trial group initially and then will be College-wide by the beginning of February. The Parent Portal will give the parents access to the tasks set for each of their children in different subjects. To assist parents with the set up of the portal Adam Brunink will be sending out detailed guidance to parents in next two weeks and there will be a member of staff available at the parents evening in the performing Arts foyer to assist parents with how to log on and access the parent portal.

I am hoping that this latest development will enhance the communication and partnership between home and College further, enabling better all-around support.

Aside from our feedback focus, December was also memorable to me for two key events. The first of which was the Winter Show which ran over two nights at the beginning of December and again provided a fantastic opportunity for students to showcase the talent they have and are nurturing, to family and friends alike. Over 180 students took part and what really impressed me this year, was the number of students who took on the responsibility for planning, rehearsing and choreographing the different performances themselves. This is particularly the case in dance but is also beginning to shine through in the other disciplines of music and drama now as well. Well done to all involved!

The second event was held on Thursday the 6th December with our inaugural STEM-focused ‘Next Generation Challenge’. This was a Year 8 deep learning day organised by Mr Morgan Head of Technology, who with TRANT Engineering created a scenario for the day based upon the impact of the dry summer on water distribution and the potential of drought in future years in the Portsmouth area. Each of the 177 Year 8 students took part in their house groups, in three of six challenges that ran throughout the day. The challenges focussed on key skills and knowledge from the maths, science and technology subjects as well as looking at issues of sustainability and the promotion of information to the population as a whole. Each challenge had a specialist engineer from TRANT working with the students which enhanced the experience further and added an additional element of reality to the learning.  A group of representatives from each House had the opportunity to visit the Farlington waterworks as part of the day, to see aspects of the engineering in action, including the UV sterilisation system and the reverse osmosis process. (We actually had a reverse osmosis system brought into the College for the day, and I have never seen two such excited scientists as Mr Russell and Mr Bailey. Although Mr Russell did find the moon rocks of a couple of years ago fairly special too!) 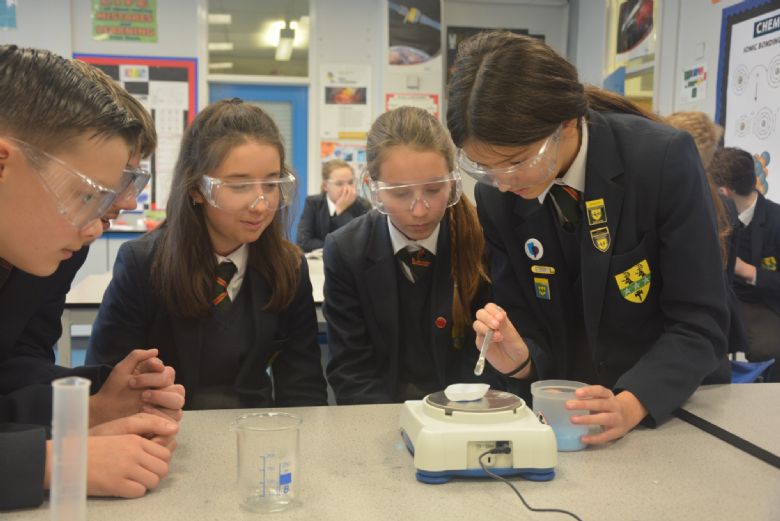 I spent a significant part of the day walking around each challenge and I have to say our Year 8 students were a credit to the College as their level of engagement was excellent and the outcomes achieved by the end of the day showed the true quality and quantity of work that they are capable of producing. At the end of the day, the key staff involved in the day and the engineers from TRANT were involved in assessing which House had demonstrated the most effective work ethic across the challenges, and Goodwood House came out as the winner, which naturally Mr Lemon was delighted about. 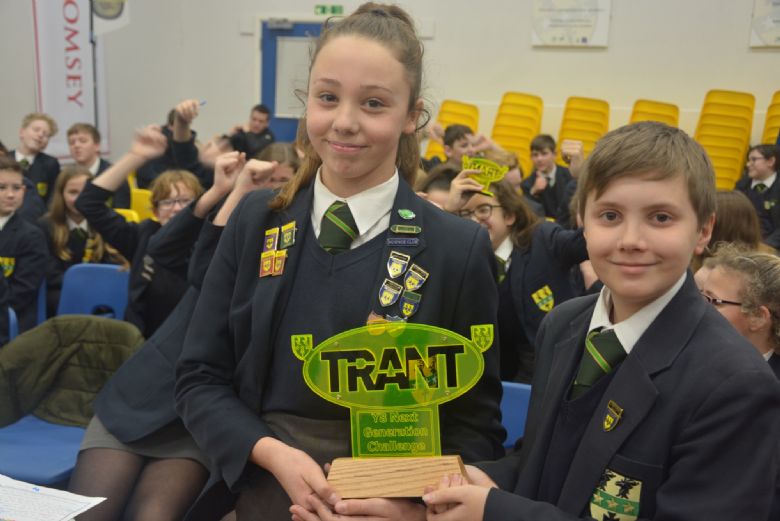 The timing of the day was very specifically planned at the start of the options process for Year 8. My overriding hope is that fires were lit in some minds during the course of this day, and decisions will be made about options choices in January that might not have previously been considered so that our next generation is truly well prepared for the challenges in front of them!

As we go into January, I wish every member of our community a happy new year and urge the recognition that whilst 2019 might present some very significant challenges as a nation and as a community, the work we put into our own futures, will always pay off.