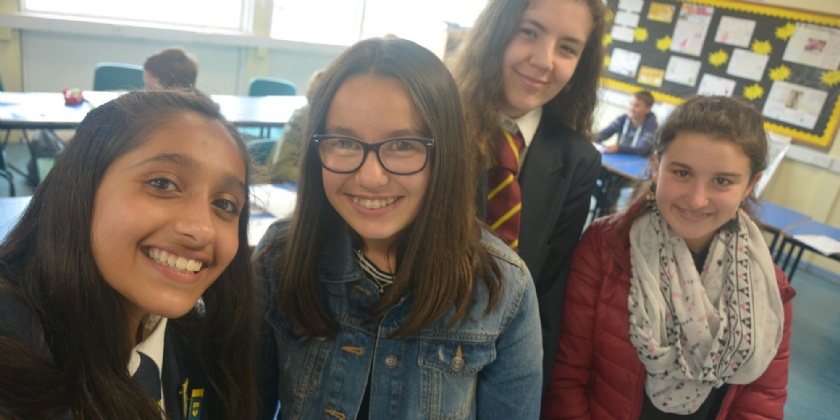 On Monday 20th May 2019 Crookhorn College hosted forty-five year ten students from Collège Don Bosco, La Mayenne in France. Excitement and nerves grew as the moment of arrival approached. This visit had a special meaning as some of our year nine and ten GCSE French students have been corresponding with the French visitors since September via pen pal letters.

The ice was soon broken with a variety of speaking activities as students worked in groups to find out as much as they could about each other and the differences between their schools. The French visitors were impressed by the facilities at Crookhorn, particularly the Performing Arts Theatre and the College uniform.

We hope to welcome the school again next year as part of their annual visit to England.