Year 7 Reenact the most famous battle in English history 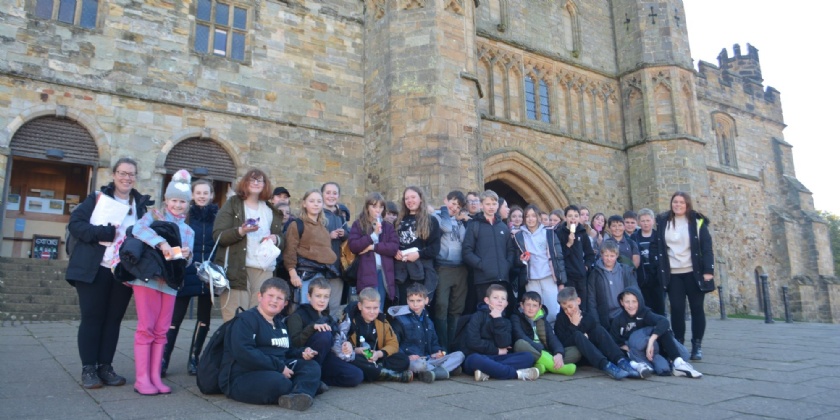 As part of the History department's planned excursions, forty-five Year 7 students journeyed to East Sussex today to the small village of Battle, where the Battle of Hastings occurred 955 years ago.

Divided into two groups representing the Anglo-Saxons and the Normans, students walked around the site and learnt about key stages and details to the Battle of Hastings and how William, Duke of Normandy won.

Students also attended the engaging and interactive Conquest Tour and Tales workshop, hosted by the staff at the Abbey. Here students played key roles including Harold Godwinson, King of England and William, Duke of Normandy and tried on replica armour, which would have been worn at the time.

The highlight of the trip was re-enacting the battle itself which took place on the 14th October 1066. Amongst the cries and shouts, Crookhorn Students portrayed Archers, Cavalry, Infantry and Axe-men and charged into battle. This re-enactment is a crucial part of the field trip, that gives students a solid and tangible understanding of the historical Battle of Hastings.

Thank you to the History department and staff who attended for making the day so memorable and successful.

Well done to our Year 7 students for being so engaged on the trip. Mrs Masson, Head of History was so impressed by your impeccable behaviour and willingness to learn. You are a testament to the College.